Symptoms of an Overwatered Peace Lily – Peace lilies are a very popular houseplant, both for their leaves and for their blooms, which are both beautiful. In addition to being easy to care for, these plants are usually resistant to pests and diseases if they are given the right care and attention.

When they’re not adequately watered, they’re more susceptible to sickness and parasites. Due to the fact that overwatering is possibly the single most common error plant lovers make on a daily basis, it is critical to understand the indications of overwatering, how to correct them, and what to do in extreme circumstances.

6 Signs of an Overwatered Peace Lily 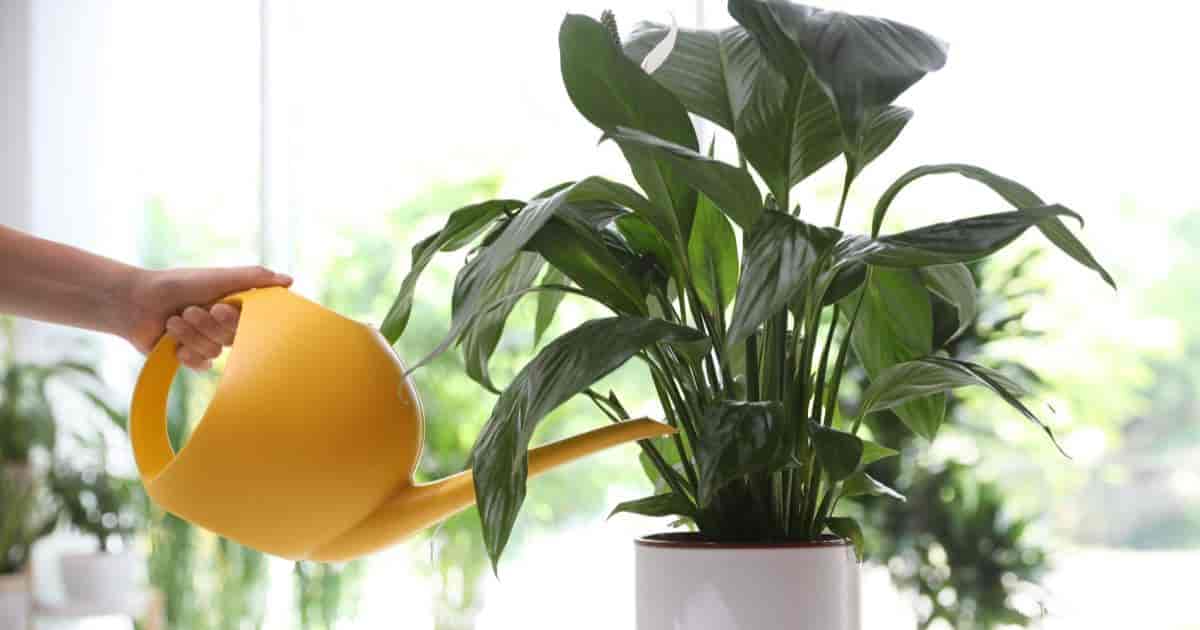 The following signs and symptoms are not necessarily indicative of overwatering, but they are good predictors of it.

Try to rule out any other potential causes of these symptoms, and then follow the treatment recommendations we’ve provided for each symptom.

When it comes to signs of overwatering, the soil itself is perhaps the most visible. The soil should never have any puddles growing on it, and it should never feel squishy to the touch.

Moreover, a variety of variables influence how much and how frequently your plant will drink, making watering on a schedule one of the worst things you can do for your plants.

With a few exceptions, the soak-and-dry approach is possibly the most effective method of watering plants available. Take the following steps:

Yellowing of the Leaves

In terms of plant communication, this indicator is the equivalent of a person expressing, “I’m not feeling well.” When you see yellowing leaves, it is not difficult to determine whether or not this is the result of overwatering by inspecting the soil underneath the leaves.

There are a variety of additional frequent reasons for yellowing leaves, including the following: sunburn, infestations and rot of the roots.

Once you’ve determined that overwatering is the source of the issue, follow the soil care instructions listed below.

There’s a good chance that many of the leaves will recover their color, but others may have been too damaged and may need to be removed.

When you soak in a tub or pool for an extended period of time, your skin becomes so soaked that it wrinkles. Edema, a disease that plants also get, happens when the roots take in more water than the plant can use.

As a consequence, the extra water fills the leaf cells to the point where they rupture, resulting in blister-like abscesses that may be observed mostly on the undersides of the leaf.

This is one of those situations in which you will almost certainly need to repot the plant at some point. Because of the possibility of blistering, it could be essential to remove the worst of the leaves from your plant.

Leaf Tips that are Brown or Black

Brown to black lea tips, which are often linked with chemical burns from fertilizers or sunburn, may also be a sign of overwatering in certain cases.

Unfortunately, there is no way to undo the harm done. A small amount of yellow and black indicates that a portion of the plant has become necrotic.

The only way to address this condition is to remove the damaged leaves from the plant.

Gnats from a fungus or a strangely colored soil

Fungus gnats are microscopic insects that function as pollinators for certain plants but are mostly considered pests by the majority of people.

Because the larvae eat fungus that grows in the soil, the presence of these little guys might be a sign that you’ve been overwatering.

Depending on the fungus, you may not be able to detect it at all, or you may notice a greenish tinge or a gray-to-white cottony film on the surface of the water.

These issues may often be resolved with the use of a neem soil soak and, in some cases, a fungicide (although neem oil will kill some forms of fungus).

Rot of the roots

If left untreated, root rot is the worst-case situation, and it may lead to the death of your plant. Besides that, you’ll probably notice that the soil smells bad and that there are leaves that are yellow and drooping.

Root rot may be caused by either bacteria or fungus, so fungicides will not be effective in treating it.

To cure root rot, you’ll need to dig up the plant and remove the diseased roots, sterilize the remaining roots, and then replant them in a new pot with fresh soil, which will take some time.

In the beginning, neem soil soaks have been found to be very good at preventing both bacterial and fungal root rot. They won’t be able to save a plant once the problem has spread.

What Should You do with an Overwatered Peace Lily?

In most of the situations described above, you may simply stop watering to let the soil dry up. But what happens when the damage is more serious, or when the plant has been overwatered on many occasions?

When there is a lot of overwatering, you need to act quickly and completely repot the plant.

1. Remove the wet soil in the first step.

Turn the container upside down and carefully slip the plant out, removing as much soil from the roots as you can with your fingers.

Root rot should be checked for and treated as soon as possible now that the weather has improved. When possible, it is beneficial to let the plant dry out for 8 hours (or overnight) in a warm, dry location.

2. Create a new container for your belongings.

For a more permanent remedy, if your old pot has enough drainage holes, you may soak it in a solution of one part bleach to nine parts water for 30 minutes before allowing it to dry.

If this is the case, you’ll need to purchase a new container, making certain that the drainage holes are large enough and that the pot is neither too large nor too small for the plant’s needs.

To aid in drainage, add a 12 to 1-inch layer of gravel or aquarium stones to the bottom of the pot, depending on the size of the pot.

3. Preparing the soil is the third step.

The following are the actions to take in order to prepare the soil:

4. Replenish your sense of wellbeing lily.

When you have finished preparing the container and dirt, you may transplant your lily. Maintain the same planting depth as previously, and give it a little water after that.

It is important to note that if the plant is combined with other plants, it will require LESS water because over 97 percent of the water it receives is spent on transpiration (basically sweating to improve local humidity levels).

Plants that are grouped together benefit from each other’s transpiration, lowering the quantity of water they need.

Overwatering your peace lily should be history as long as you use the soak-and-dry method to water it.

What to do if You have Peace Lily Brown Leaves Issues?

White Lily Flower: How to Care for Peace Lily Plants

What is the Best Way to Revive a Dying Pothos Plant

Pomegranate Tree Care – How to Grow Pomegranates for Beginners 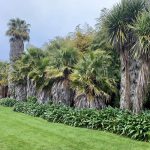