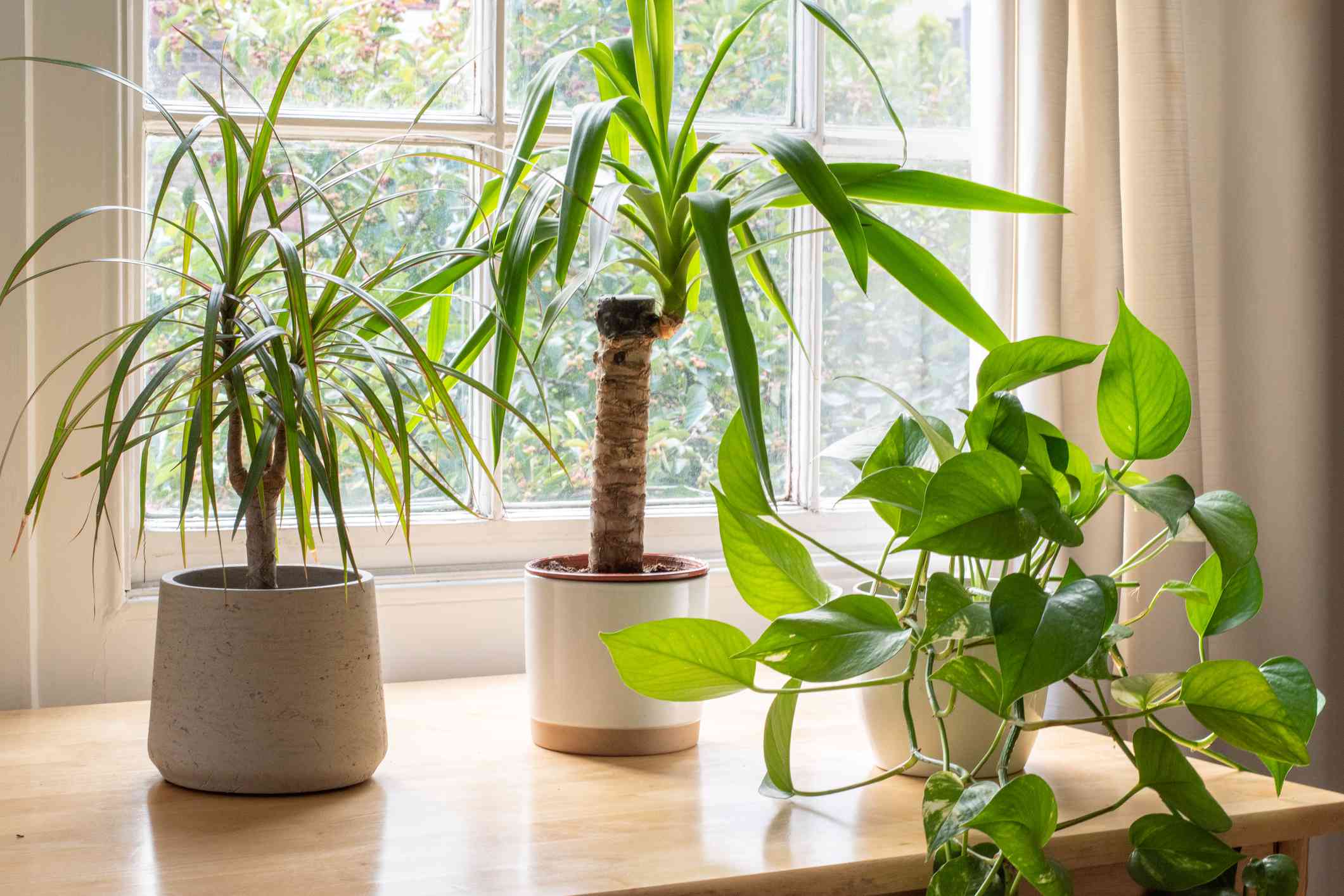 Yucca Plants Indoors – Despite the fact that the Yucca plant is a genus of more than 40 perennial and shrubby plants, shrubs, and trees, only a few of them are grown as houseplants under the name Yucca gigantea (also known as Y. guatemalensis and Y. elephantipes) and the Yuca aloifolia (also known as Y. aloifolia) under the label yucca plant. You may find yuccas in their natural habitats in Mexico and the Caribbean; they are aesthetically appealing and slow-growing plants that have the extra advantage of being exceptionally drought-resistant.

Most kinds of yucca will eventually develop into room-devouring monsters, but this process takes such a long time that you will have many years of enjoyment from your yucca as a houseplant before it becomes too large for your area. Pet owners should exercise care while bringing a yucca into their house since all portions of the plant have been shown to be harmful to both dogs and cats in the past (as well as horses). 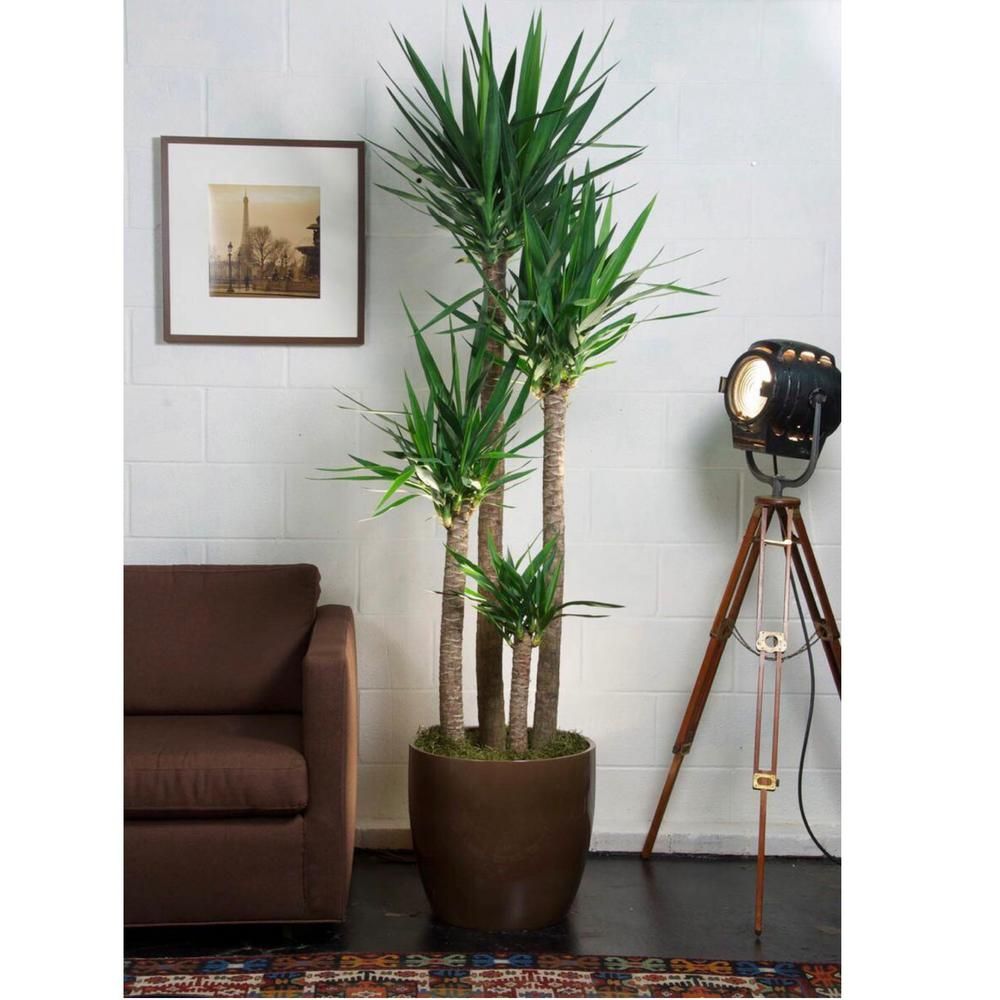 According to the USDA, there are more than 40 species of Yucca in the genus, although only a few are frequently cultivated indoors. Yuccas are typical outdoor plants in arid regions (such as the southeastern United States), where they may grow to their maximum height and width. People, on the other hand, prefer to adhere to two species while they are indoors:

Yucca gigantea (also known as Yucca guatemalensis and Yucca elephantipes) is a species of Yucca that grows in Central and South America. The spineless yucca, also known as the yucca cane, is a plant that grows from a bulbous base and has long, sword-like leaves that lack the normal spine at the tip of the leaf blade.

Adult specimens develop into tiny, branching trees with exposed trunks and spiralling rosettes of arching leaves on the tops of their trunks. They are generally slow-growing and may be kept inside for many years before outgrowing their current environment. Growing this species as a houseplant is by far the most common option available. 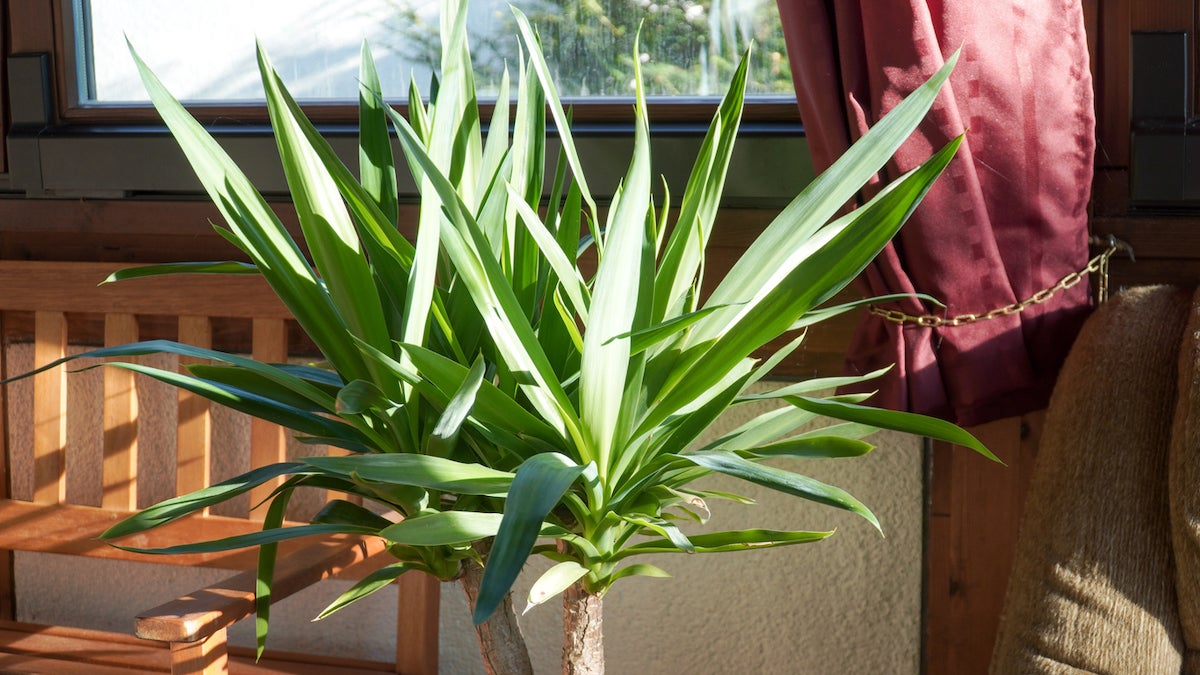 Yucca aloifolia, often known as the Spanish bayonet, is a yucca plant that has stiff leaves that are sharply pointed at the ends. Yucca aloifolia is native to South America. The leaves may grow to be up to 20 inches long and can be quite spiky, making them unsafe to handle. Generally speaking, this is not a plant that should be grown in a household with young children.

See also  How to Grow and Care for Dinner Plate Dahlia

Yucca plants are not difficult to cultivate if you provide them with the proper circumstances. They are more likely to flourish if they are given a little bit of neglect rather than too much care. They are particularly susceptible to overwatering, and wet stems are a telltale indicator of excessive moisture. One of the most favorable settings for growing yucca plants is a sunny corner with low humidity levels. 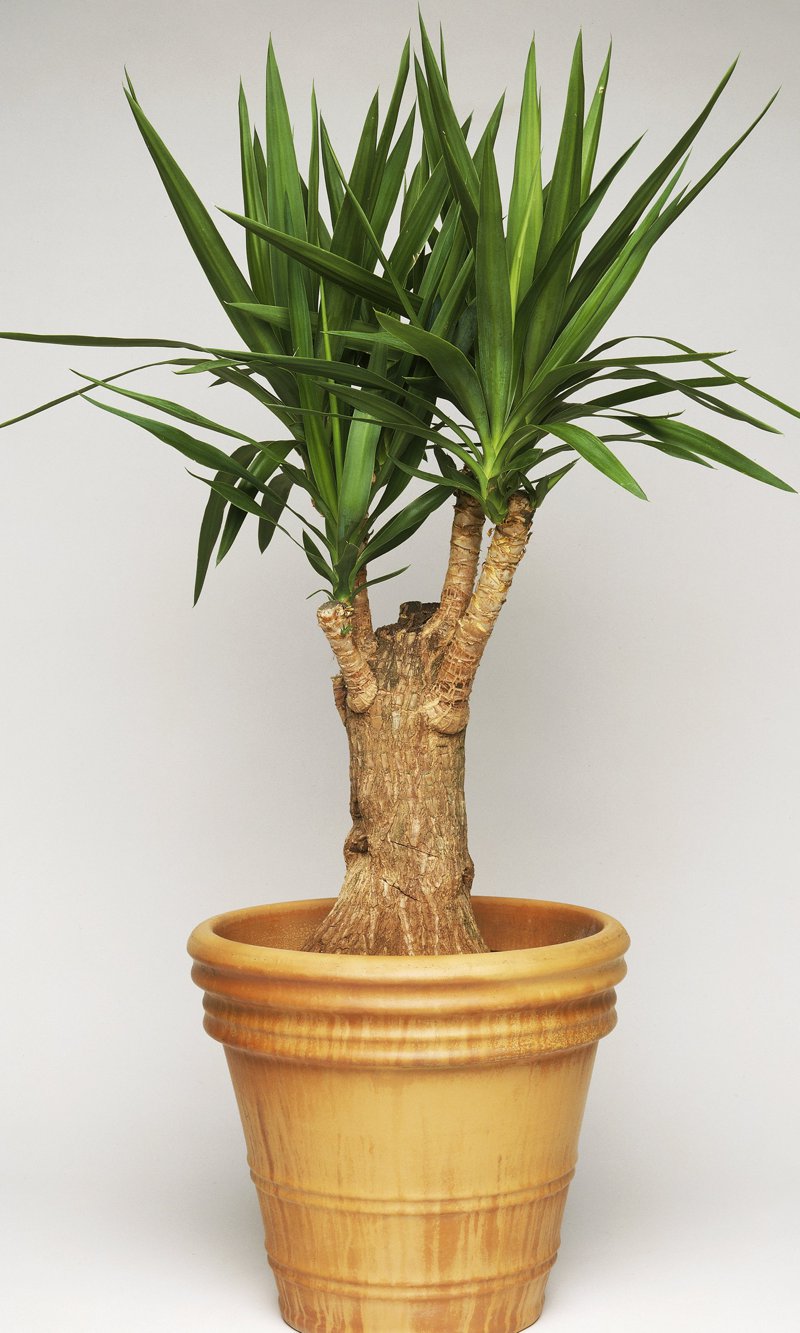 Aside from that, yucca plants are not very susceptible to pests, but scaling may sometimes be a problem. Yucca plants will often lose their lower leaves over time (in nature, they droop and create a skirt around the trunk), giving them a pleasing “tree-like” look as a result of this.

The Condition of the Light and the Soil

Yucca plants grow in bright, indirect light, which is provided in the home. Growing in insufficient light will result in thinner and slower growth, whilst direct sunlight will generate white patches on the leaves and crispy, brown tips if grown in direct sunlight. 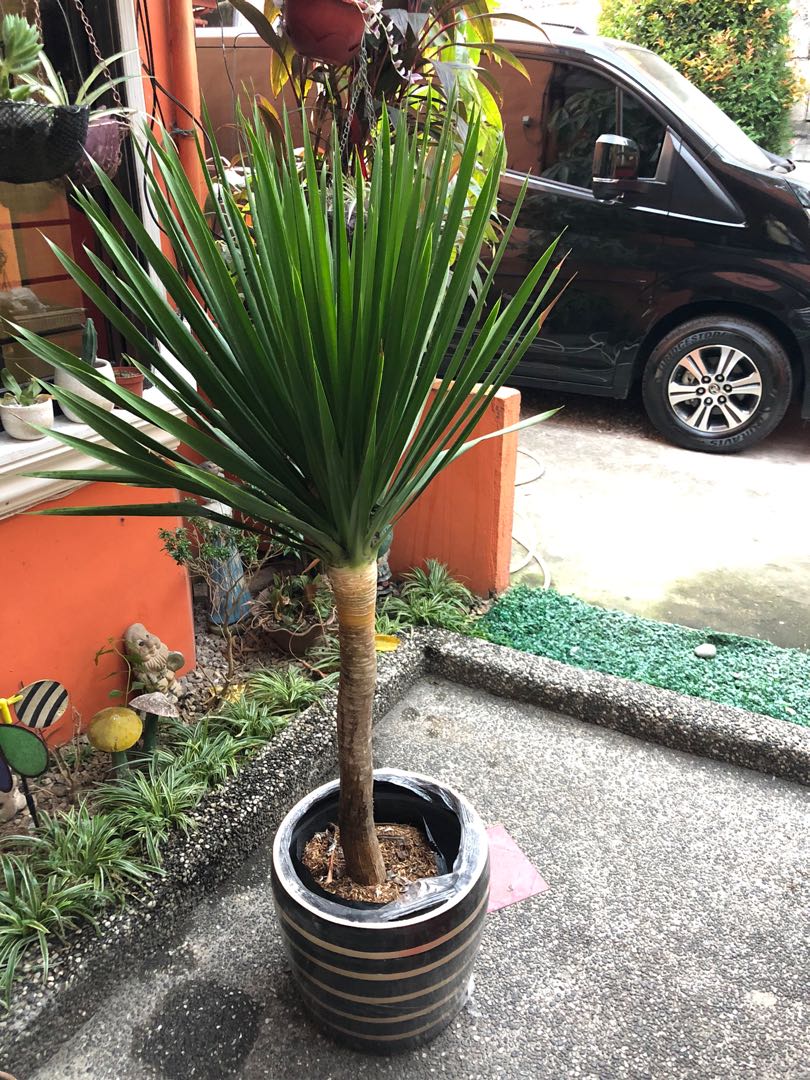 Yucca plants are found in their native habitat in sandy, arid deserts. Plant your yucca indoors in a potting mix that is loose and well-drained. It is not necessary to use a specially formulated or rich soil for yuccas; in fact, fancy soil is not a good idea for these low-maintenance plants.a draining mix to help your plants grow, purchase a bag of cheap potting mix and add some coarse sand and perlite to make a drainage mix. 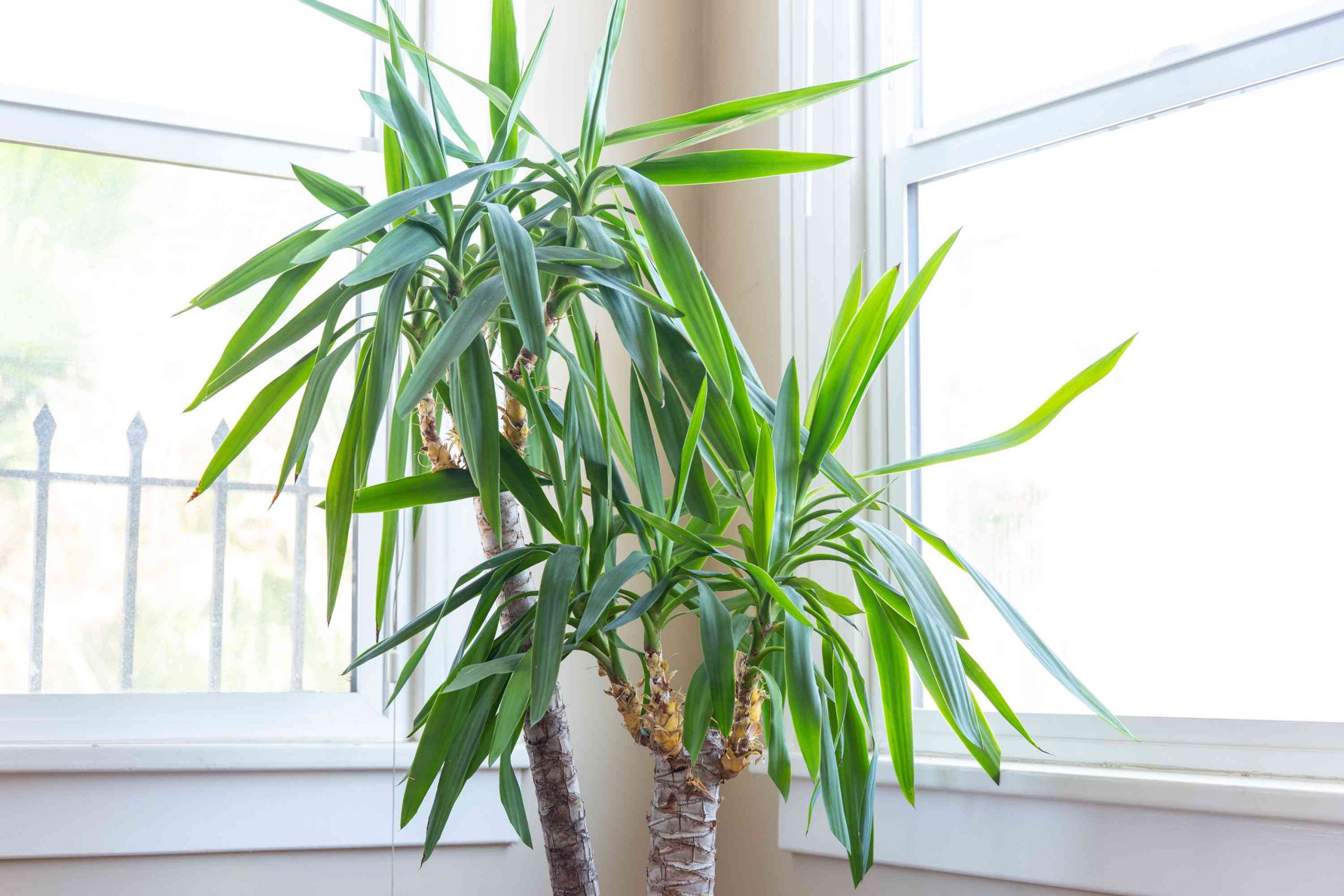 Yuccas are very sensitive to over-watering and should not be over-watered. During the spring and summer growth seasons, water your plant once a week, but make sure it has great drainage and dries out between watering to ensure a healthy plant. Reduce your watering frequency to once every couple weeks throughout the winter months (or even less). Never let a yucca plant sit in a tray of water for more than a few minutes.

Use a liquid fertilizer or a controlled-release fertilizer to feed your indoor yucca plant throughout the growth season, following the directions on the package or on the label. Generally, a once-a-month feeding schedule is adequate. 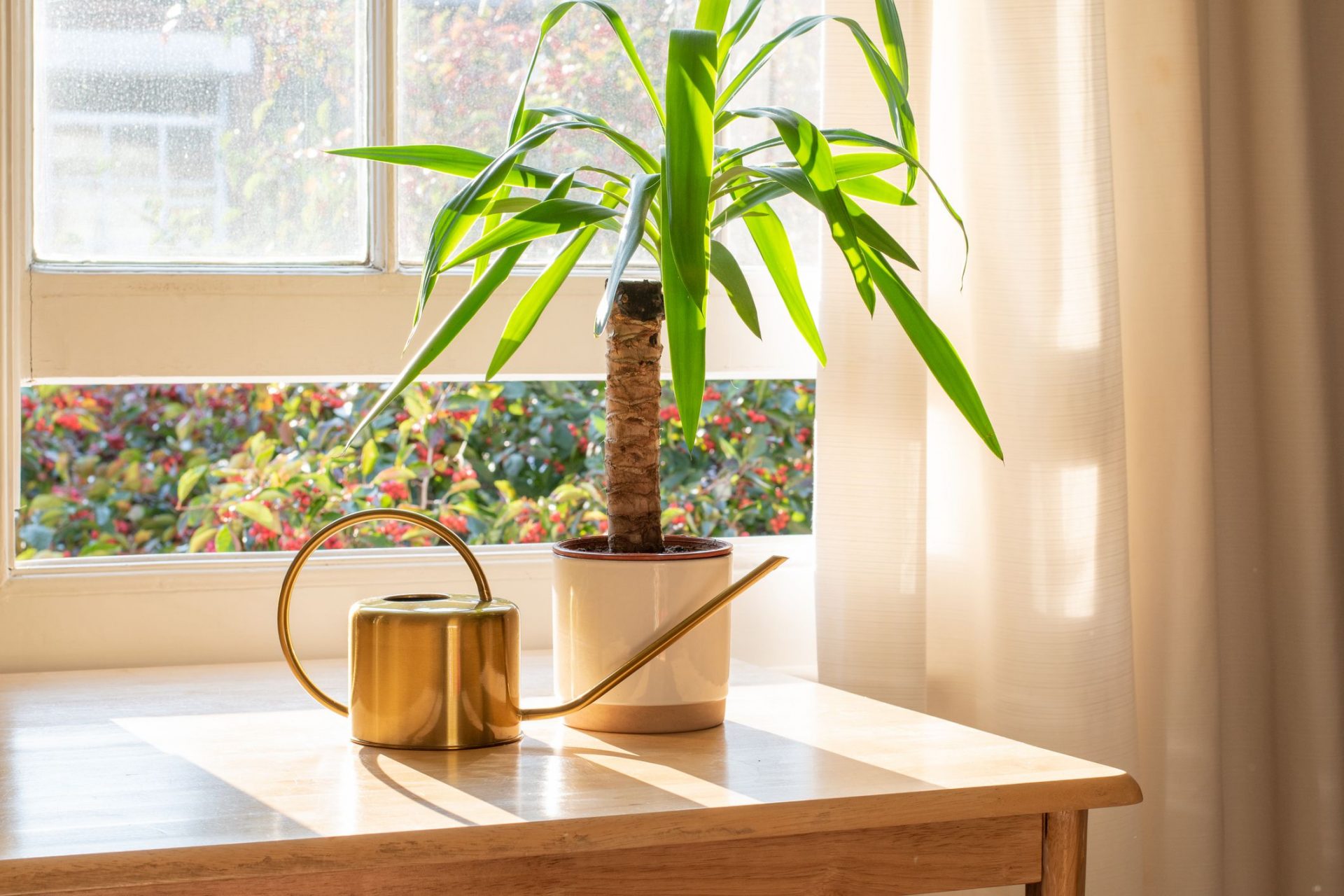 In the desert, where temperatures may climb to more than 90 degrees Fahrenheit during the day and drop to as low as 30 degrees Fahrenheit at night, yucca plants have adapted to their environment. As a result, yuccas can tolerate a wide range of interior temperature settings and variations with relative ease. They will grow best in moderate humidity, but since they are desert plants, they are quite happy in dry circumstances as well. There is no need to shower this plant, and it will never need it. 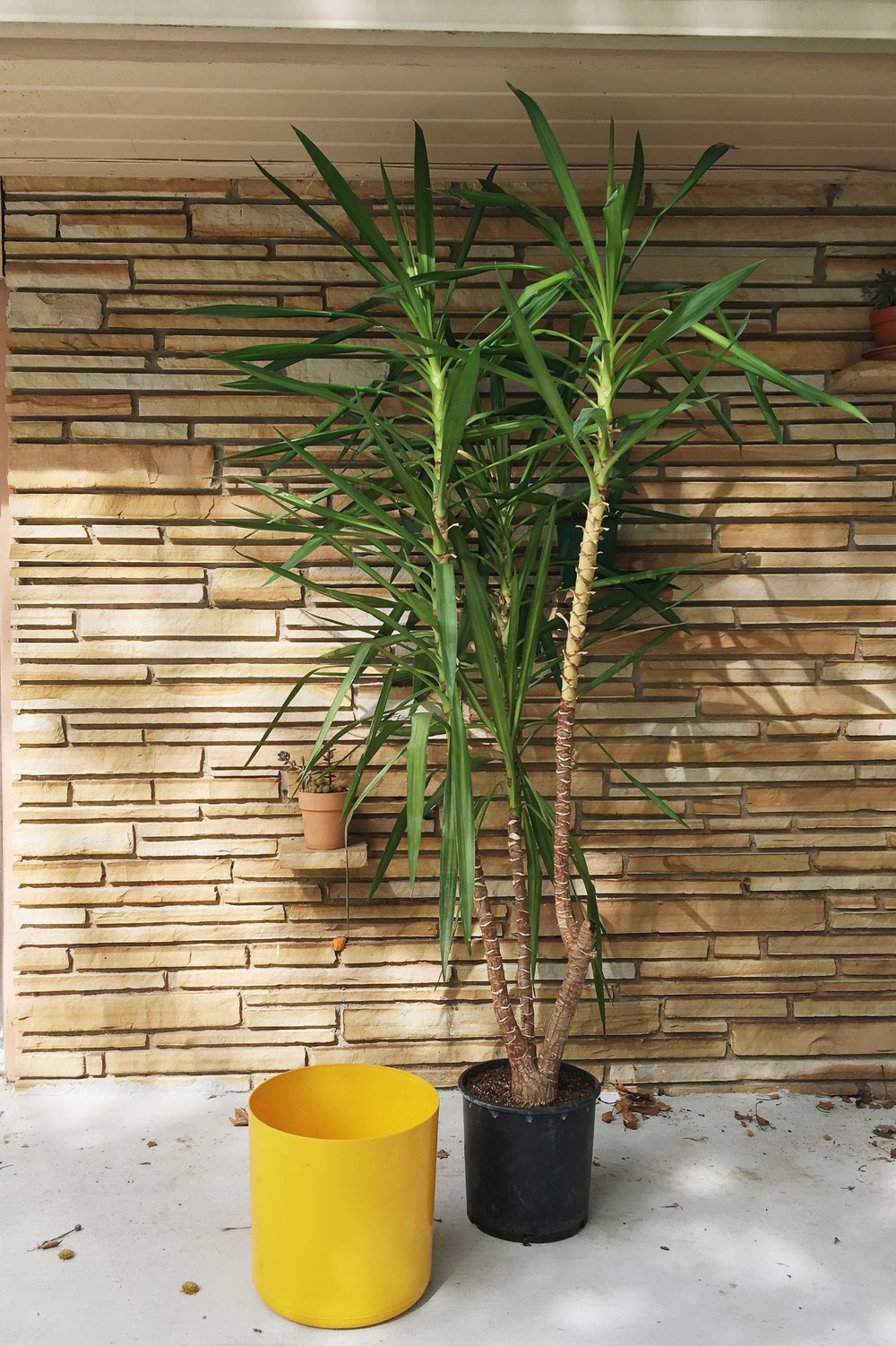 When yucca plants grow too large for their surroundings, they may need to be clipped occasionally inside. However, doing so is a little out of the ordinary, particularly if you’re used to trimming standard landscaping plants in the same manner. Early spring is the best time to prune. Pruning involves delicately removing the plant from its container and cutting the trunk in half using a saw or a sharp set of loppers.

Continue to care for the plant in the same manner as you have in the past by re-potting the roots at the end of the trunk and watering it well. In a few weeks, the plant should begin to produce new leaves, which will ultimately resemble something similar to the previous appearance, but shorter. You may also plant the top section of the yucca to see if you can get a second plant to grow from the first. 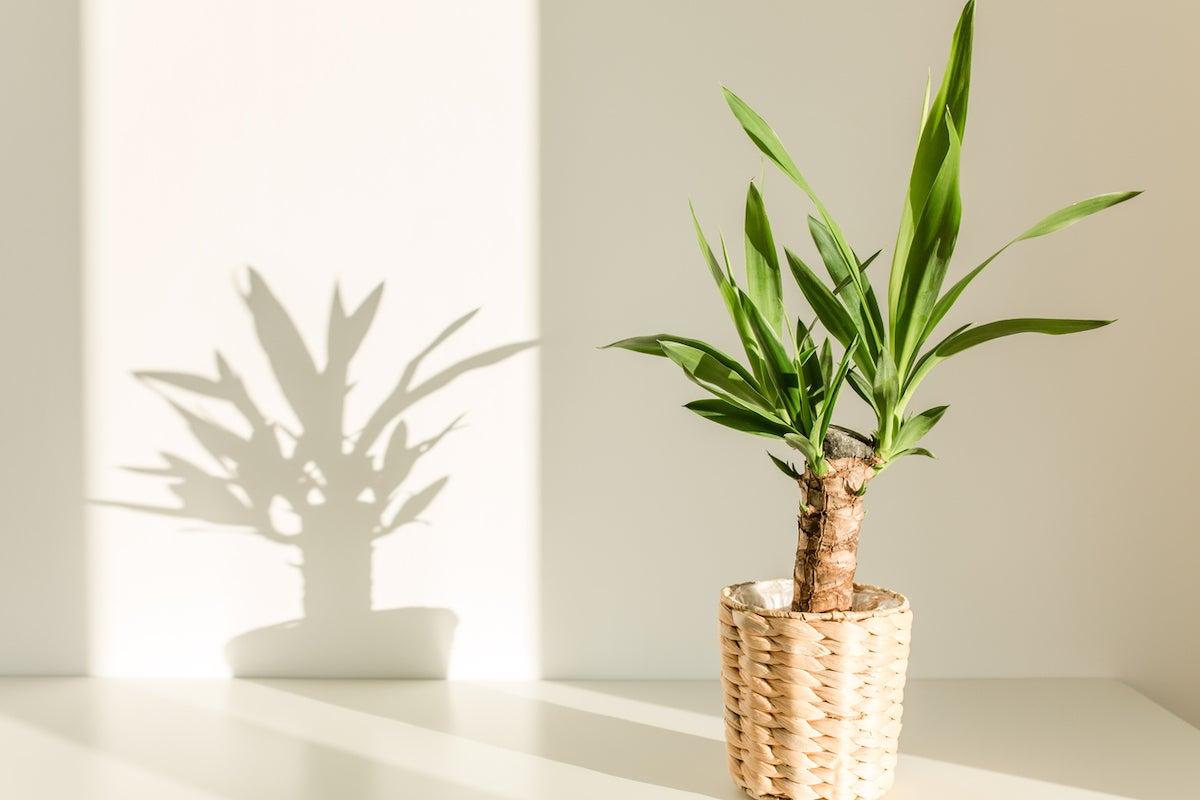 There are many methods for propagating yucca plants. If your yucca has outgrown its current location, cutting the plant’s stem in half and re-potting the clipped top section of the plant may result in the growth of a second plant. When starting from scratch with a seed, it is usually more successful to reproduce from divisions or pups (offshoots). Here’s how it’s done: 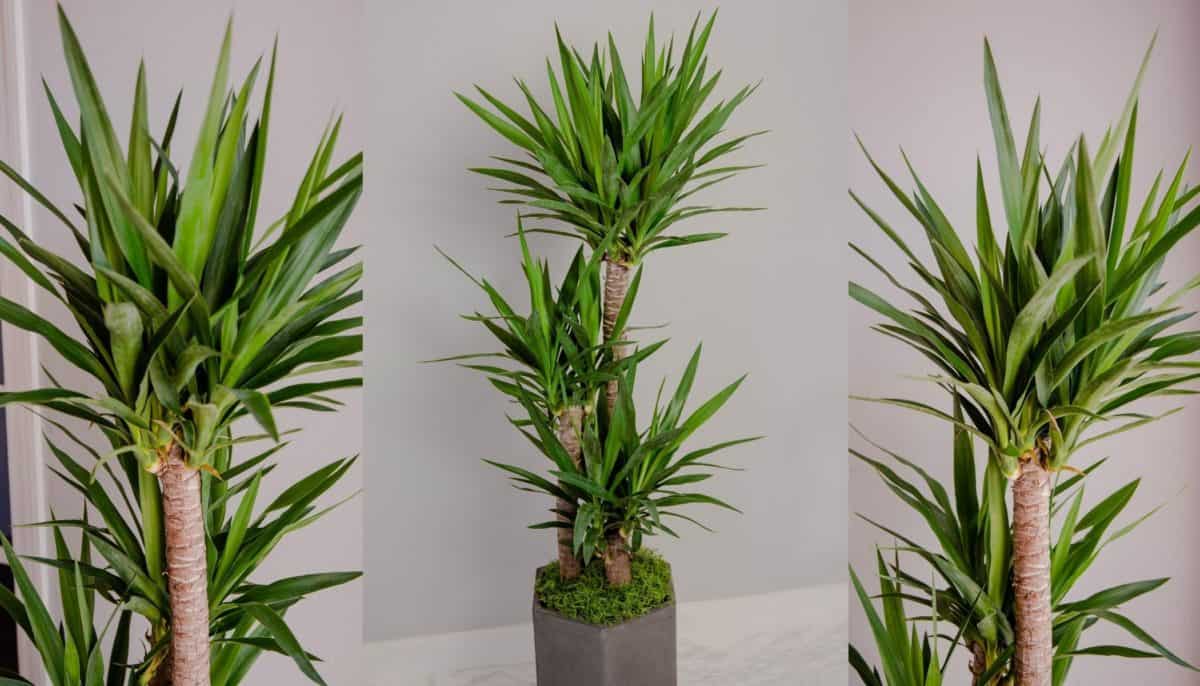 Yuccas thrive well if they are somewhat pot-bound, as long as they do not get too heavy to tip over their containers throughout the growing season. Re-potting will not be necessary for at least two or three years after the plant has been established.

The task of re-potting bigger yucca plants might be arduous. However, larger plants can be rejuvenated by pulling out the top 2 inches of the container and replacing it with new soil. During a routine re-potting, the yucca plant may be removed from its container and its size increased by one container size, always using new potting soil. 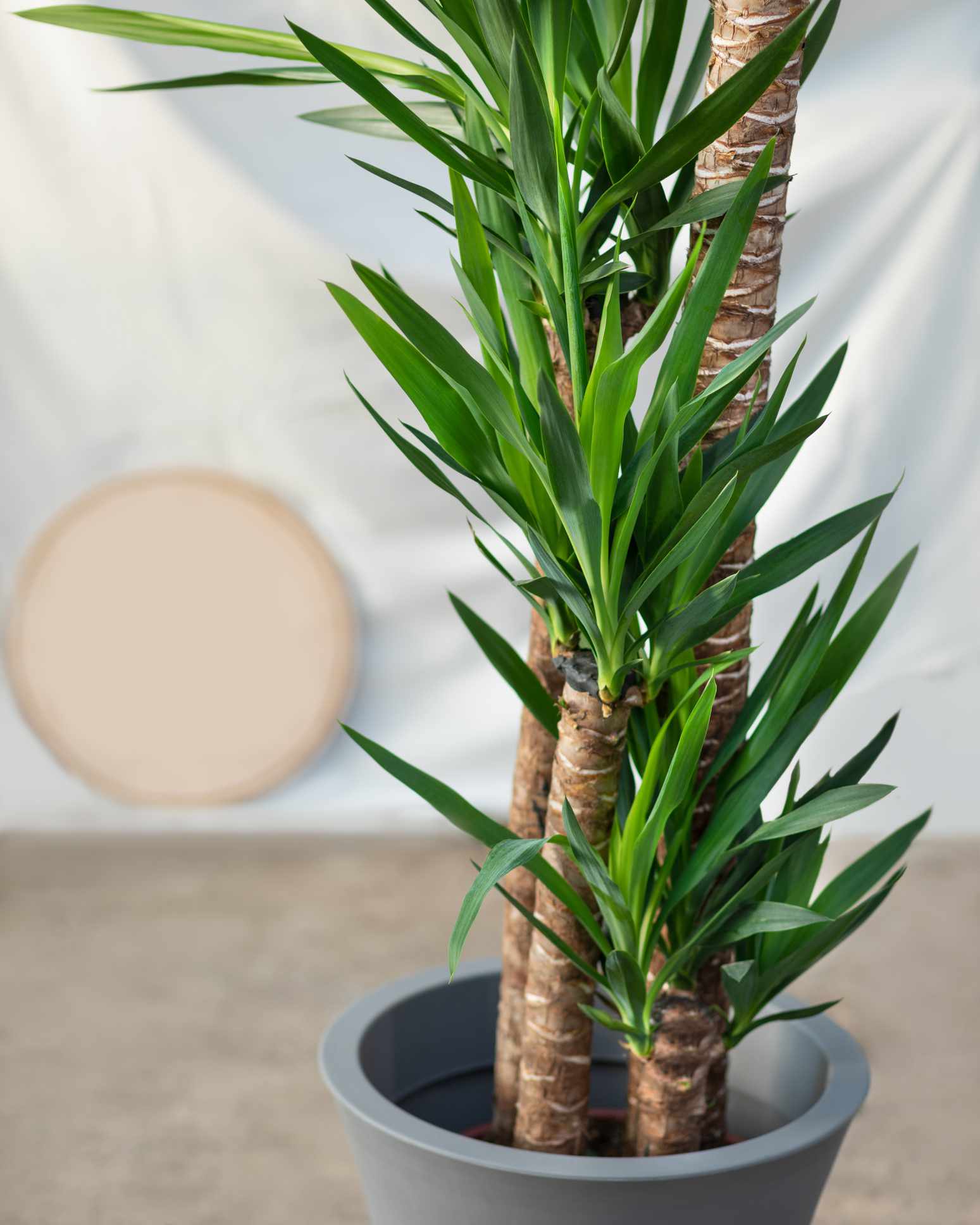 Control of pests and diseases

While yucca plants are not plagued by a slew of insect problems, there are a few common offenders that you should be on the lookout for (aphids and mealybugs among them). An additional problem for many yucca plants is the presence of agave plant bugs, which penetrate and suck the fluids out of the leaves of the plant. Your agave plant may have an agave plant insect infestation if you observe little brown scars on the leaves of your plants. When treating a plant for an infestation, spray the plant with multiple doses of insecticidal soap until all traces of the infestation have been eliminated. 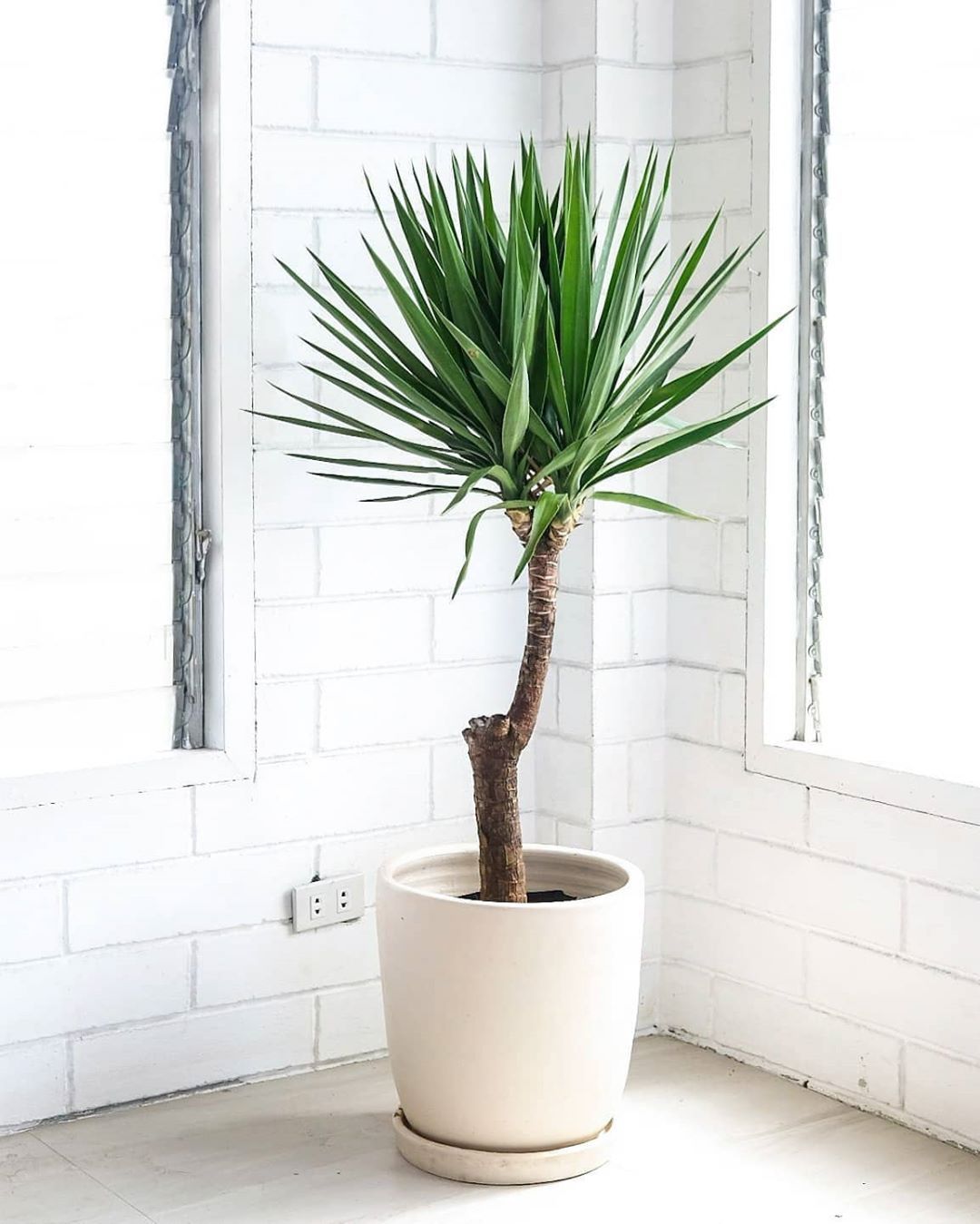 In addition to modest insect problems, yucca plants may be subject to fungal infections that manifest themselves on the plant as creeping black patches that spread throughout the plant. The leaves of the plant may be particularly susceptible to overhead watering, which delivers excess moisture into the plant’s thick core and encourages the growth of fungal diseases in the plant. To destroy the plant, apply a copper fungicide or neem oil to the affected area until the sores have faded. 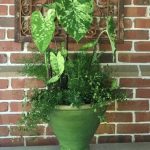 Frog in a Blender Caladium Care 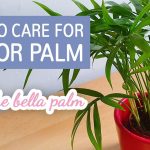 How to Care for Neanthe Bella Palm Tree 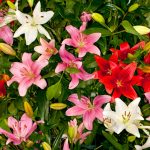 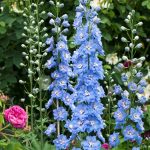 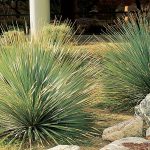 How to Care for Desert Spoon Plant (Dasylirion Wheeleri) 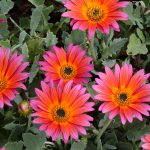 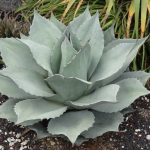